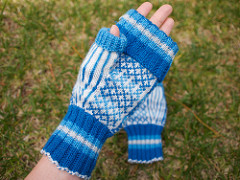 If you’ve ever used a handmade soap, you know how different they feel and smell, but do you know why? Did you know that handmade soaps use fewer chemicals, less ingredients, and even a higher quality of ingredients than most over the counter soaps? These are just a few of the reasons handmade soaps are better, but one of the main reasons is due to the fact that natural Soap Oils are being used in that rich and luxurious bar of lathering experience.

Soap Oil is required in the soap making process, and even if it wasn’t, you’d still want to add it because it’s the reason natural soaps don’t strip your skin of its natural moisturizing properties.

So what exactly is Soap Oil (also known as Soap Base Oil), and how do you know which soap oil is perfect for your skin type? If you’re lucky enough to live near a soap maker (which you probably are, there are more than you think!) than you should be asking yourself this question in an effort to find the perfect bar of handmade soap for your skin.

Here is some information that will be helpful in choose a Soap Oil for your handmade soap.

Almond Oil – Almond Oil is a light, and nearly odorless oil. It is said to have great nutritional value for all skin types. Even in ancient times, this oil was considered a valuable gift of nature. It was valued as a non-irritable, soothing skin oil.

Sweet Almond Oil can be used in pharmaceutical applications, and parallel as a gourmet cooking oil, as it is highly heat-able.

Babassu Oil – Babassu Oil is a superior emollient beneficial for both dry and oily complexions, gently moisturizing the skin without contributing to oily sheen. Commonly used in soaps, lotions, and balms. It contains glycosides, vitamins, an minerals, also making it a great massage oil.

Babassu Oil is especially suitable for eczema, itchy, dry, and inflamed skin. It has a high content of lauric and myristic acids which have a melting point relatively close to the human body temperature.

Castor Oil – Castor Oil is used commercially in 50% of lipsticks in the United States, It creates a protective barrier on the skin and is very soothing. Castor Oil is part alcohol and part oil. Used in combination with other vegetable oils to produce a nice, hard bar of soap.

Castor Oil is often used as a superfat, because of its humectant properties.

Macadamia Nut oil is easily absorbed into the upper skin layers, and is excellent in spreading properties.

It is also an important component of many soaps, washing powders and personal care products, is used to treat wounds, and also controversially as a feedstock for biofuel.

Olive Oil – Olive Oil is highly nutritive and stable. It contains protein, minerals, and vitamins as well as superior penetrating power, and acidic and antioxidant values.

Olive Oil is high in unsaponifiables , which is a large group of compounds called steroids or sterolins. They soften the skin and have superior moisturizing affects on the upper layer of the skin.

Olive Oil has also long been used to reduce the appearance of scars on the skin.

Soybean Oil – Soybean Oil is high in linoleic acid, and it contains proteins in addition to Vitamin C, A, E, and K. Soybean Oil is a versatile carrier, which is suitable for general massage, and is increasingly popular among massage therapists as an alternative to sweet almond oil.

You can use soybean oil on it’s own, or you can also blend it with other carrier oils.

Sesame Oil – Sesame Oil is won by pressing and/or extracting the kernels of the sesame plant which contains approximately 48% fatty oil.

Sesame Oils belongs to the semi-drying oils. It’s content of sesamol acts as an oxidation inhibitor.

Sesame Oil is used as a carrier oil in soaps, body lotions, ointments, and creams.

Canola Oil is a great moisturizer, and is easily absorbed into the skin. It is often used as a carrier oil.

Cibaria Soap Supply is the nation’s authority in all-natural Soap Oils and Soap Base Oils. Located in Riverside, CA, they can also be found online at Cibaria Soap Supply.com, as well as on their blog at http://www.blog.cibariasoapsupply.com.

Any cookies that may not be particularly necessary for the website to function and is used specifically to collect user personal data via analytics, ads, other embedded contents are termed as non-necessary cookies. It is mandatory to procure user consent prior to running these cookies on your website.